Intel.Mu Online Platform For IT Pros

A standard IT department is 2 people. 100s of requests for help can come in each day.

Series of viral videos featuring IT Dept colleagues Io and Oll. For true geeks, the names Io and Oll are clearly binary code. The sequence of the characters' appearances in the videos actually spell out functioning code. We spread this rumour on social media to feed virality of the videos.


Script: It's Just Us Then?

Io and Oll go about their day.

Everyone around, everyone they meet or pass is... them.

In the bus, the same nasty wallpaper as in their flat is pasted up, in the coffee bar, the same geeky mug from their kitchen is again on the floor to be tripped over, the same kitsch bedside lamp illuminates the reception desk at work and the receptionist, though dressed as a woman, is clearly our bearded Oll...

In conversation, everyone uses the exact same words. Stop off for coffee, the meeting room... Everyone agrees. Same decor, same words.

VO: Because it takes more than two minds to run an IT department.

Super: Open your mind to intel.mu

Oll arrives at work to find the office equipped with new gear: binary keyboards with only two keys: 0 and 1. Close up on his face: horror. Cut to surimp ESC BINARY. Cut to Oll at his desk, bent over the keyboard, tapping furiously at the 0/1.

In a corridor at the office, Io and Oll, dressed in exactly the same outfit, meet and try to pass each other. They stop and step to one side then to the other, then back the other way, then take a step back and try again. This goes on. Cut to super ESC BINARY. Cut to two hours later, Oi and Oll are still stepping to the right and to the left in the corridor. Another worker walks straight past them. 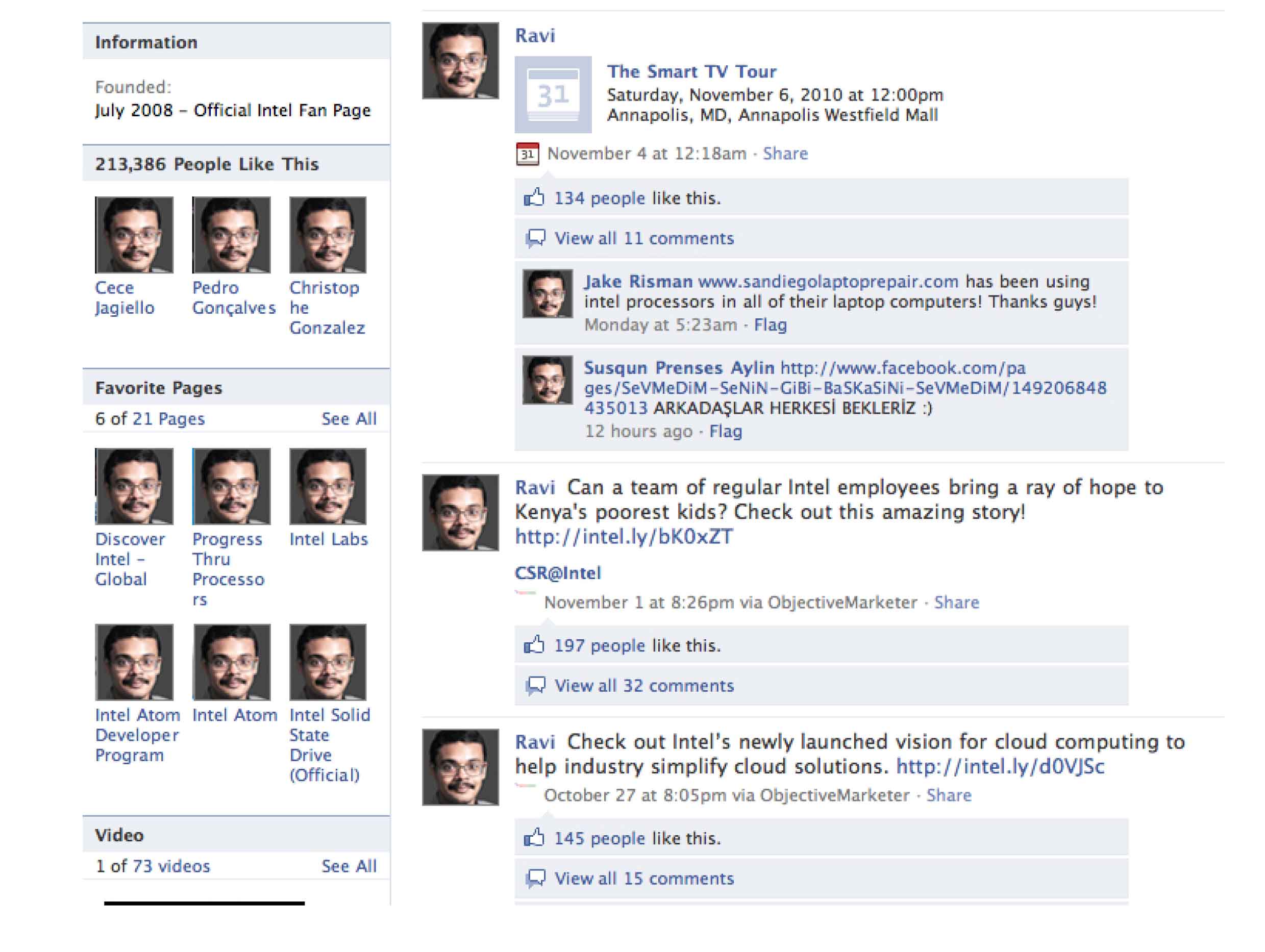 Transform your avatar into either Io or Oll. Groups of IT dept friends to adopt these avatars, causing massive FB identity confusion. 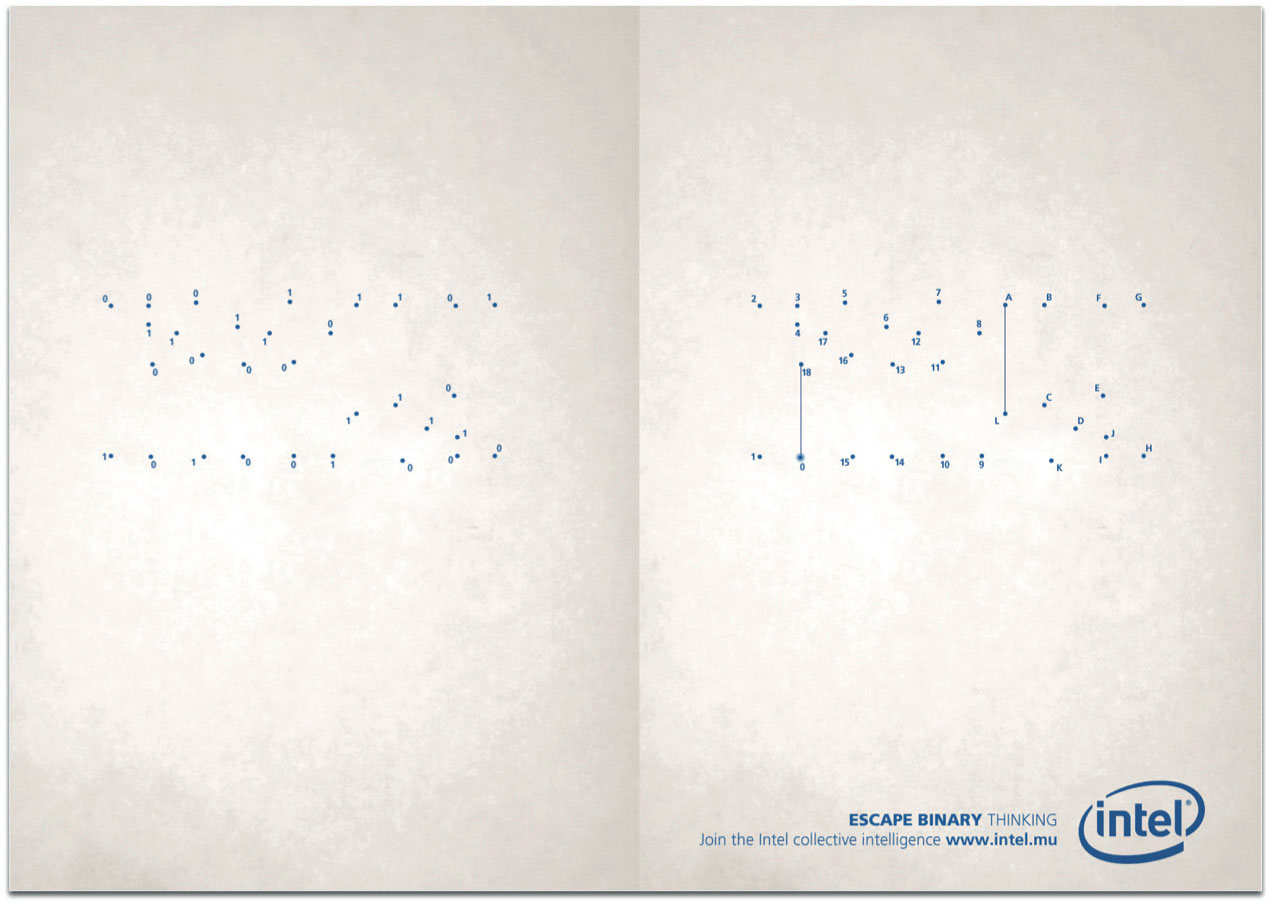 Try your luck at these fun dot-to-dot drawings... in binary.

Intel's meeting of minds, the end of linear thinking.